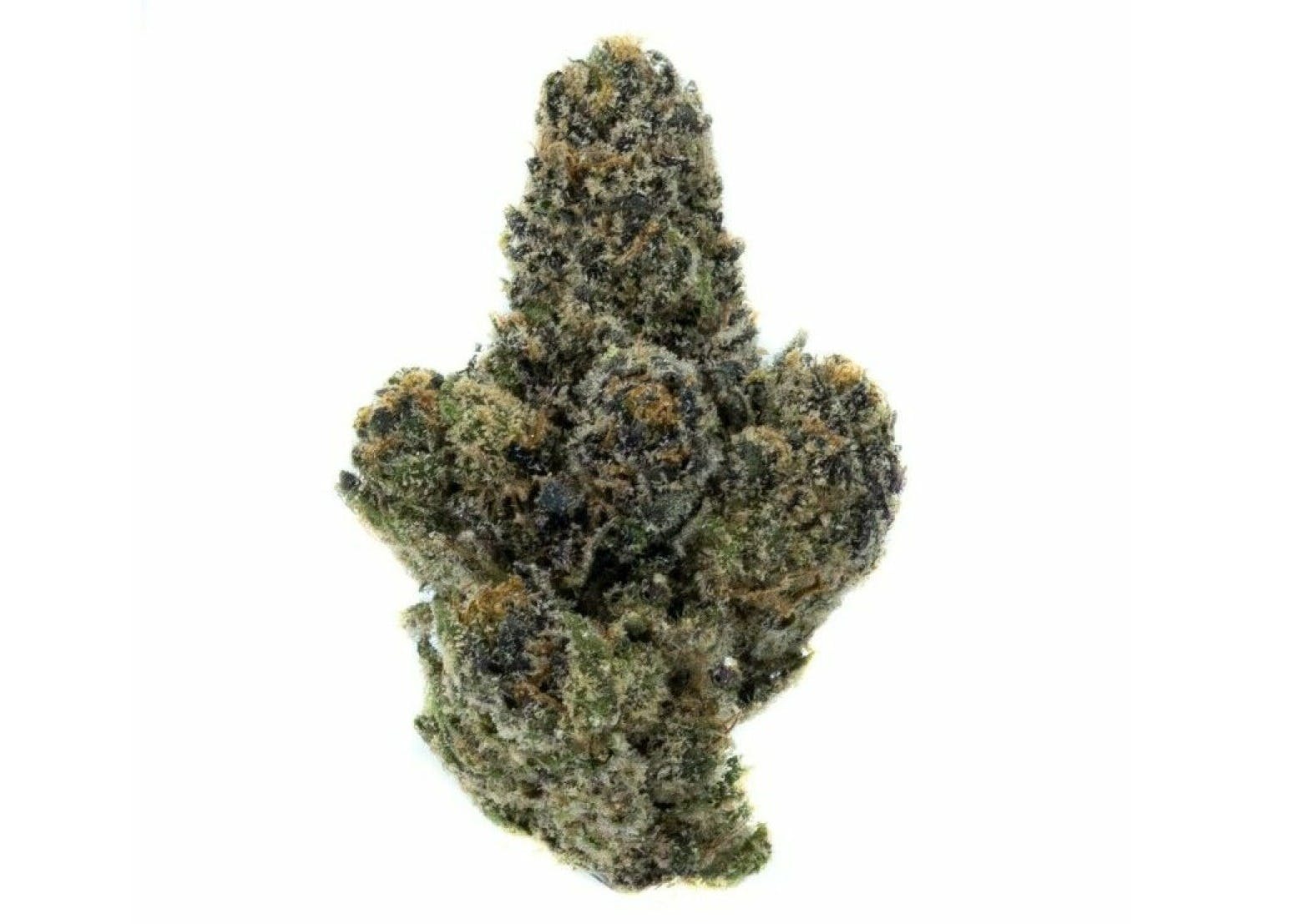 Gelato buds tend to bloom in dark purple hues illuminated by fiery orange hairs and a shining white coat of crystal resin. Novice consumers may want to approach this THC powerhouse with caution, but those armed with a high tolerance will delight in Gelato’s heavy-handed euphoria. Physical relaxation comes on strong, but many find themselves still mentally agile enough to stay productive and creative when enjoying Gelato during the day. Gelato is a cross between Sunset Sherbet and Thin Mint Girl Scout Cookies, named in homage to its sweet aroma. Also known as Larry Bird, Gelato (#33) was first cultivated in Northern California's Bay Area and is derived from a deep bank of genetics created by the Cookie Family, the Sherbinskis family, and cultivator Mario Guzman. The cultivators parted ways following its creation, and the cultivator who possesses the most “stable version” of Gelato genetics is up for debate. Cookies cultivates a few phenotypes and descendants of the strain named Gelato #42, Dolce Gelato, and a sun-grown Gelato. Sherbinskis grows four stabilized Gelato phenotypes in its rotation as well: Gelato #41 (Bacio Gelato), Gelato #43 (Gello Gelato), Gelato #47 (Mochi Gelato), and Gelato #49 (Acai Berry Gelato). Per Sherbinskis, the #33 phenotype is no longer in cultivation.

Gelato 42 Buds will help you feel

You're $0.00 from meeting the order minimum