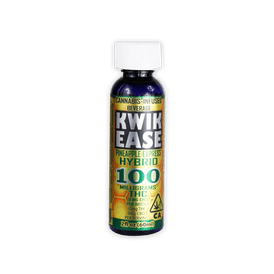 Like its namesake, our Pineapple Express is some of the finest stuff around. Packing a crisp lemon-lime bite and an infusion of the strain it’s named after, this shot provides the perfect gentle jolt to carry you through a busy afternoon or a late night out. No caffeine, no crash, no problem. Contains: CO2-extracted cannabis oil infused in water with honey, lemon juice, ginger root, natural flavor, orange and quillaja bark extracts, and citric acid. Drinks Citrus Energetic Happy Hybrid Pineapple Pineapple Express Tropical Uplifted More about this strain: Pineapple Express According to actor and comedian Seth Rogen, the Pineapple Express cultivar didn’t exist until after the 2008 movie of the same name brought the name into the spotlight. Inspired by the film, growers took it upon themselves to create a potent cultivar that the film described as “the dopest dope.” G13 Labs claims it originated the strain in the mid-2000s, selecting Trainwreck and Hawaiian as parent genetics, and the hybrid soon proliferated among California medical marijuana dispensaries. However, many growers and 11 seed banks each aimed to create the “true” Pineapple Express. As such, multiple variations exist in the current marketplace. read less

Manzanita Naturals has only one purpose: to produce the highest-quality cannabis-infused beverages on the planet. Since their journey began, they have pursued this goal tirelessly, taking risks at every turn and driving innovations that most thought impossible. Through it all, they’ve never wavered from their core principles: always innovate; never compromise quality; and strive to ensure customers have the best experience possible.